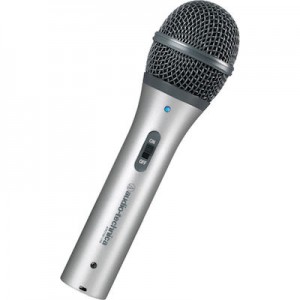 The best example of gear that is budget friendly yet performs at a professional level would be the ATR2100 microphone. I love this mic., because it’s less than $60 and the sound it produces can compete with microphones that are five times as much. It’s built well but it’s not perfect. I have seen the USB connection go back but the good news is it has a lifetime warranty so there is little risk to getting this microphone. This is a great piece of gear that a beginning podcaster can buy and instantly have the capability to produce professional level audio.  END_OF_DOCUMENT_TOKEN_TO_BE_REPLACED 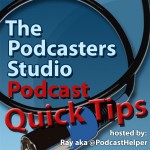 Most podcasts are a hobby endeavor which usually means budgets for gear, websites, software and everything else involved in making a podcast is limited. When deciding where to put your money first, focus on the elements of your podcast that are most likely to affect the overall quality of your show.

The best place to start is your microphone. This is likely the single largest factor in getting a good sounding podcast. The best budget microphone on the market, as of the date of this post (02/15/13), is the ATR2100 from Audio Technica.

For less than $50 U.S., you get a dynamic mic (best for the typical podcast studio) that produces excellent audio quality (on par with the infamous HEiL PR40) and plugs directly into your computer via USB. END_OF_DOCUMENT_TOKEN_TO_BE_REPLACED