For many podcasters, mixers do not include Pre Fader Listen (PFL) or Solo buttons which are commonly used on more expensive mixers for properly setting audio levels.

Gain staging is the process of setting proper audio levels through your entire audio chain. On a mixer this starts with the gain knob (located at the top of each channel strip) which controls the sensitivity of your microphone or input and finishes at the output, your main mix. END_OF_DOCUMENT_TOKEN_TO_BE_REPLACED 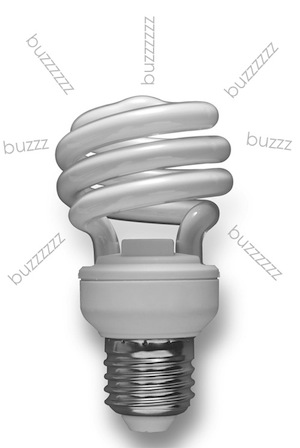 In the example below this post, you’ll hear an exaggerated amount of CLF buzzing. This is caused by having a CFL plugged into a dimmer (don’t do this). At full strength most CLFs no longer put off much, if any, buzz… but they can. More traditional florescent lighting is much more prone to buzzing sounds. END_OF_DOCUMENT_TOKEN_TO_BE_REPLACED