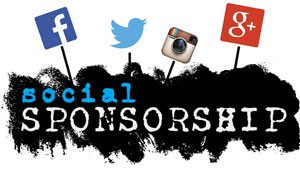 Social sponsorship is sponsorship deal for the rest of us. The average podcaster does not carry the number of subscribers that most ad buyers would want to see for CPM based deals. Yes you can cultivate a one on one sponsorship with someone who has a relevant business but when it comes to asking for money it’s often a much harder sale. END_OF_DOCUMENT_TOKEN_TO_BE_REPLACED

The Podcasters' Studio™ is a trademark of Ray Ortega.
Unless otherwise indicated, all images, content, designs, and recordings © 2009–2018 Ray Ortega. All rights reserved.

Any cookies that may not be particularly necessary for the website to function and is used specifically to collect user personal data via analytics, ads, other embedded contents are termed as non-necessary cookies. It is mandatory to procure user consent prior to running these cookies on your website.